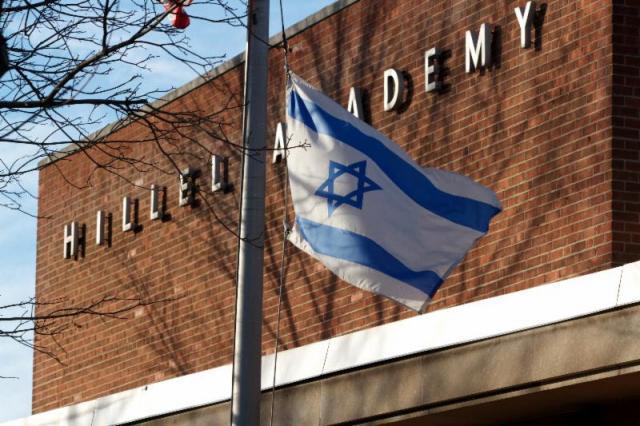 In 1947, five dedicated community leaders recognized the need for a community Jewish Day School that would blend a top notch general studies education with the timeless teaching of Torah study. Less than a year later, the Founding Five Abraham and Donald Butler, Rabbi Baruch Poupko, Adolph Schoenbrun and Rabbi Joseph Shapiro incorporated Hillel Academy, the first day school in North America to use that name.

The first class of students was comprised of 17 boys and one girl. The automobile showrooms in the Morrowfield Apartments were their beginning classrooms. When the booming student population had outgrown their home donated by David and Esther Horvitz, the community came together and raised enough money to purchase a larger building. Their new home was the former Ellis School on Ellsworth Avenue. By 1959 a larger facility was needed for a thriving student population. A building fund campaign was initiated, and with vital support from Harry and Pearl Morris and Saul and Miriam Fineberg (who mortgaged their homes), the community responded in kind.

Frank and Marlene Rice were asked by Harry Morris to purchase property on Beacon Street, where the school remains today. Thus a bridge was built connecting the essential values of Torah, to up-to-the date innovations in secular education. Hillel's mission was, then as now, to produce responsible graduates who would contribute to the betterment of the Jewish community and world.

In the past four decades, Hillel Academy has grown to offer an exceptionally strong foundation in Judaic studies as well as a comprehensive program in English, Math, Science, and Social Studies/History. Taught by an exceptional staff of teachers and professionals, our students excel academically. Over the years, they have consistently scored amongst the highest in standardized tests (SAT and ACT) and have won major scholastic awards, both nationally and internationally.